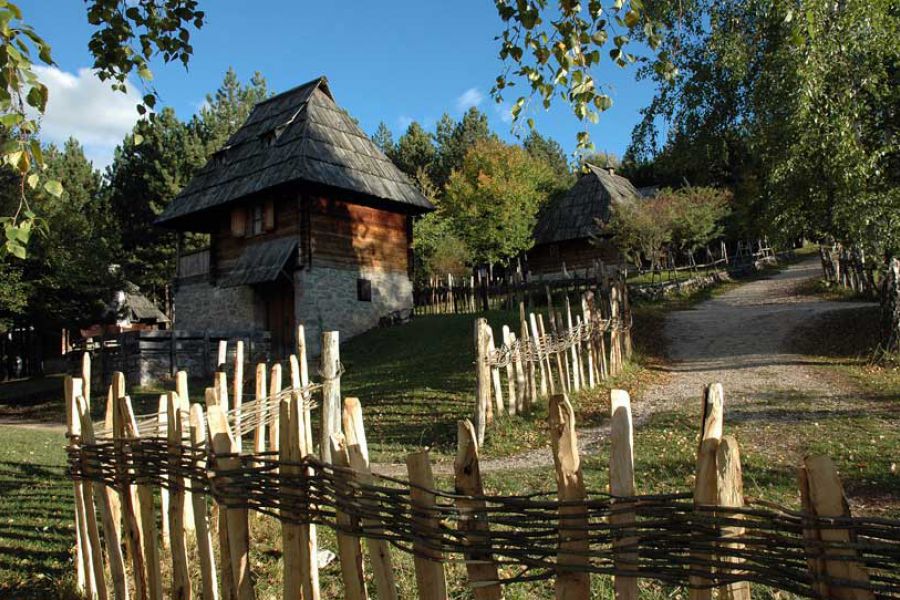 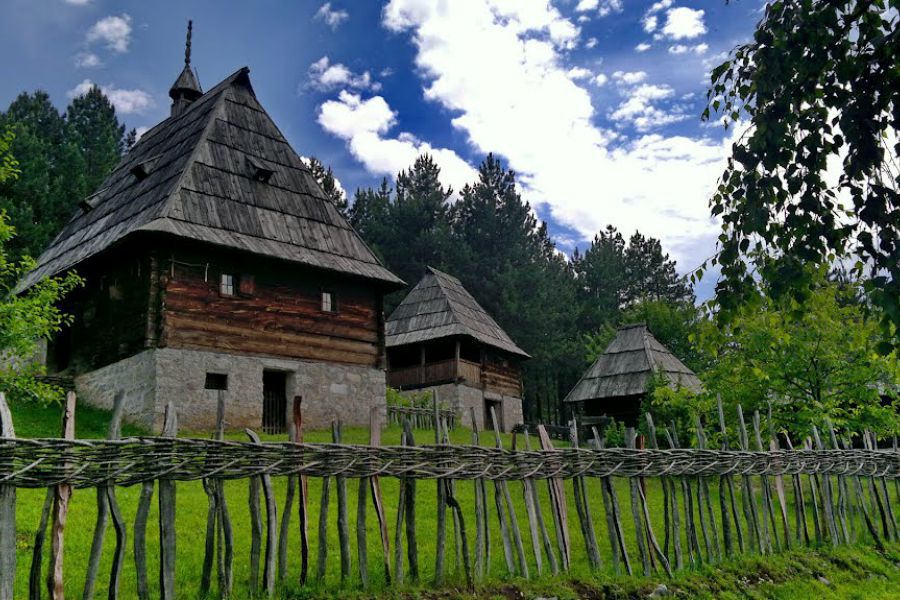 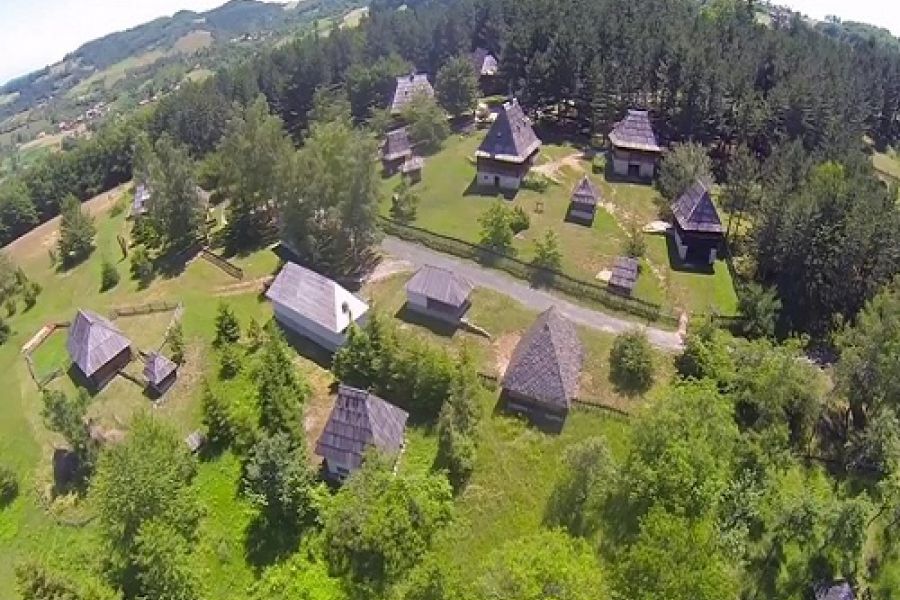 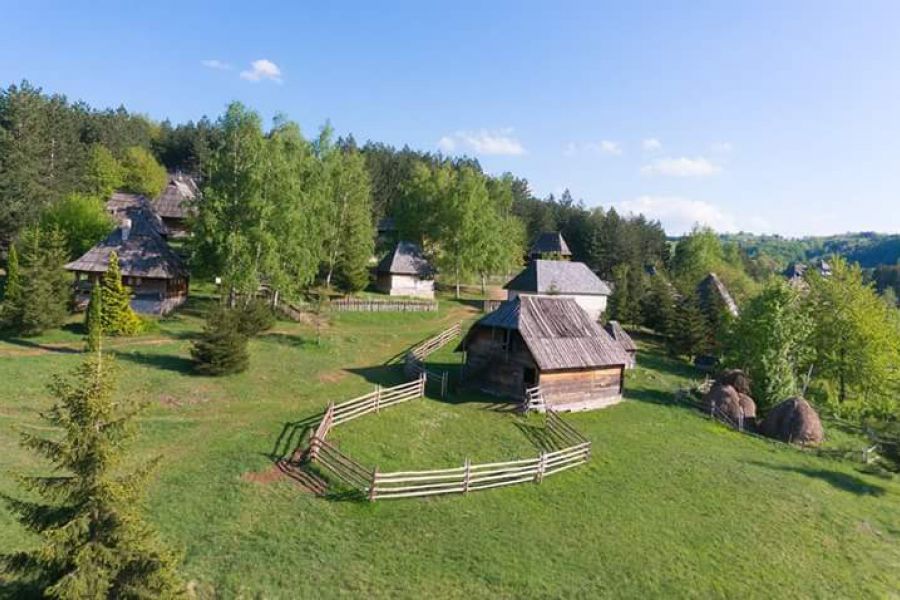 The process of relocating, erecting and reconstructing the Zlatibor log cabin in the Old Village, started under the project of architect Ranko Findrick and the Republican Institute for the Protection of Cultural Monuments in 1980. The initiative came from the organization of domestic handicrafts from Sirogojno and was met with persistence by Dobrile Vasiljevic-Smiljanic, with the involvement of ethnologist Bose Rosic, competent republic institutions and numerous associates.

For the protection of the whole, for the sake of further preservation and presentation, the establishment of the Open Air Museum was established in 1992, which operates in accordance with the provisions of the ICOM Declaration and the basic settings of European scansenology.

The monumental complex of the Church of the Holy Apostles Peter and Paul of the eighteenth century and the Open Air Museum "The Old Village" in 1983 was placed under the protection of the law as a cultural property - a cultural monument of exceptional importance.

From Mokra Gora to Vitani & Scaron; argan Vitasi you will pass through 22 tunnels, over five bridges, to overcome a height difference of 300 meters, all at a total distance of 15,440 meters.

In order to maintain a fundamental effort to preserve and nurture cultural heritage in the education and awareness category, the Museum received special recognition from the European Union Cultural Heritage Jury in 2012 for the & bdquo; Zlatibor House from the 19th century to the present & ldquo;. < / p>